Almost 26 years ago, it was the most devastating natural disaster that occurred, not only in the Philippines, but in the world. The eruption of Mt. Pinatubo in Zambales has gotten so many lives, and buried them underground alive. Many people were forced to leave their houses without any idea when they can comeback. The ashes from the volcanic eruption went as far as Hong Kong, and the world temperature for 10 years was decreased by 1 degree Celsius. I remember in the late 90s, whenever we spend our summer in Pundaquit, Zambales, we always pass by the province of Pampanga, and the remnants of the lahar look so fresh, and the surroundings were very much like a zombie land.

The calamity of yesterday turned out to be a beautiful disaster. As we trekked for 2 hours going to the crater lake of Mt. Pinatubo, we passed by several smiling Aetas, the locals of the area. Afterwards, we’ve seen the most rewarding view of the lake.

My very good friend invited me to join their group, who will trek the Capas, Tarlac trail of Mt. Pinatubo. Without any hesitations, I said yes. I don’t normally do hiking, due to my very demanding work that requires me to sleep during my days off. I tried several before like trekking in Mt. Buntot Palos, and Mt. Isarog, and I have loved the rewarding view of the falls in those mountains. I strongly felt that I can do Pinatubo, since I got to experience spelunking at Biak na Bato, but heck that was in my freshman year in high school, almost 12 years ago. For someone like me who considers walking as a form of exercise, I got to reach the peak of Mt. Pinatubo without giving up.

In the Monday morning of Feb. 20, the group met in Ortigas. The trip was organized by my friend’s friend who happens to be working for Nat Geo, and they create new trails for mountains. Such a cool job, you get to discover a lot of new adventures. We were a group of 10, 3 of them were my batch mates in high school, and the rest were from the same circle of flying.

Our van left Ortigas, at 3:30am, and before the sun rises, we were already at the jump-off point in Sta. Juliana, Capas, Tarlac. We were required to register at the tourism office and once our 4×4 rides were available, we started our adventure. 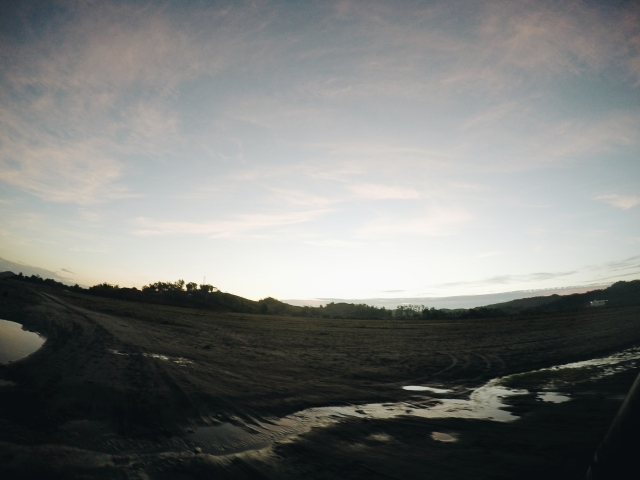 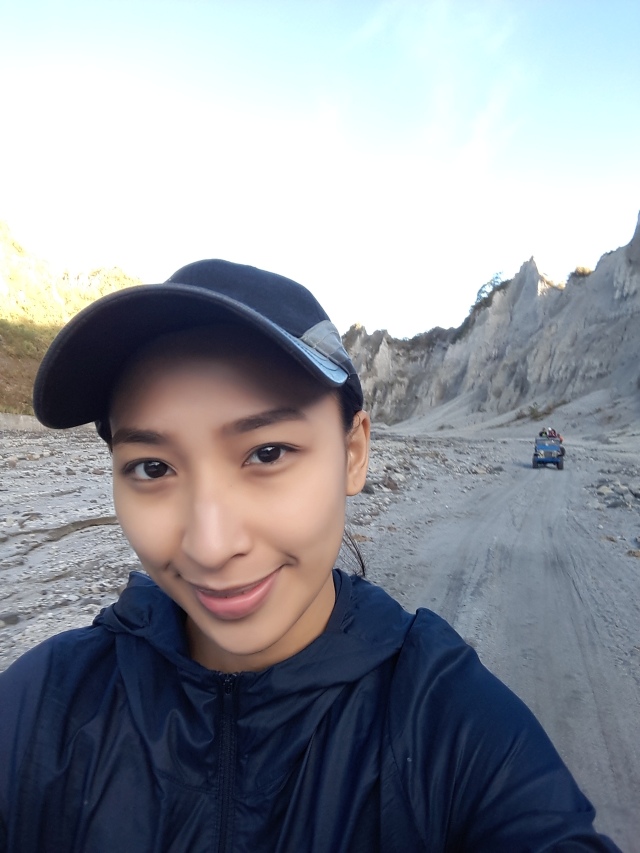 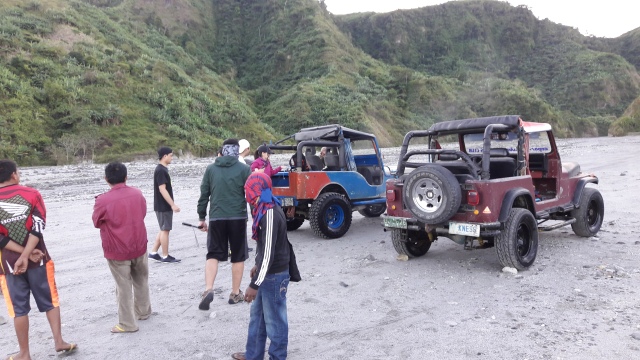 The ride was around an hour and a half, and we were the first ones to make a trip, so we created the path that will be followed by the other trekkers later. 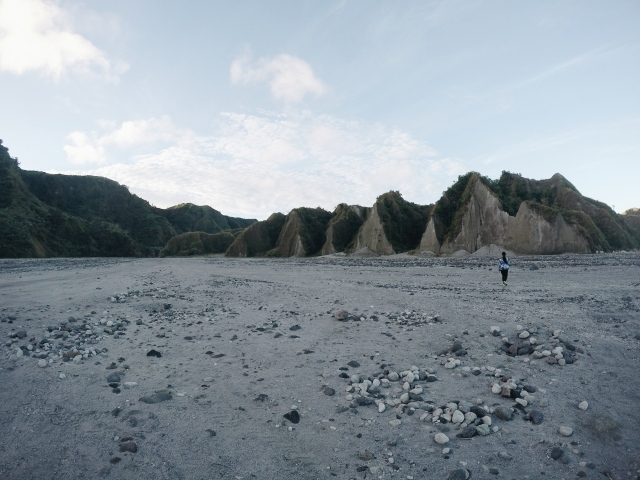 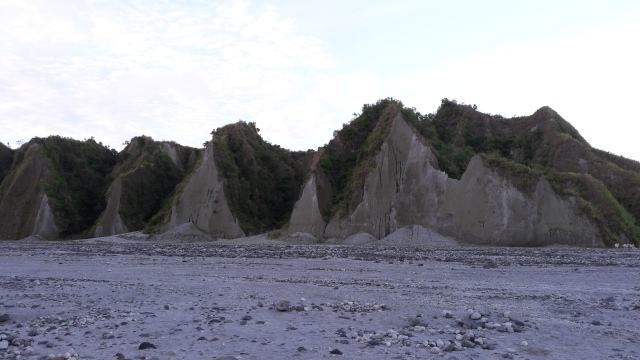 We had a short stop-over at the Toblerone-like mountain. The mountains were created out of lahar.

After our 4×4 ride, this is when we started to trek. It was probably 3-4 kms in distance. They say that it used to be a very long trek, almost 7kms if I remember it right. However, according to what I’ve heard, some areas have been bulldozed to give way for “VIPs” who will be visiting/inspecting the area. Such a shame, it’s nature who will adjust for those people, and that’s the ugly truth. 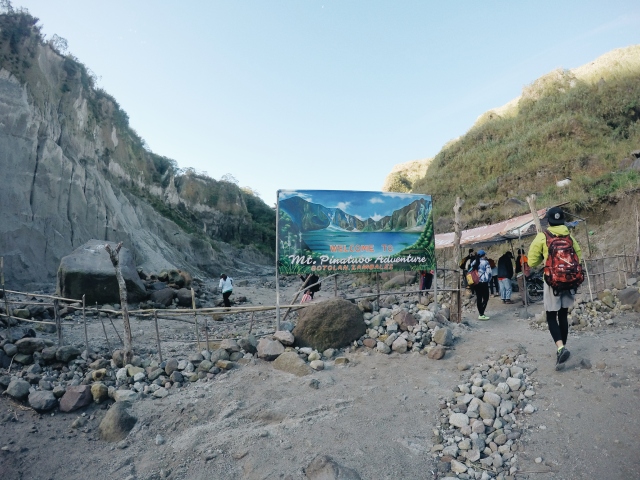 Another area for registration 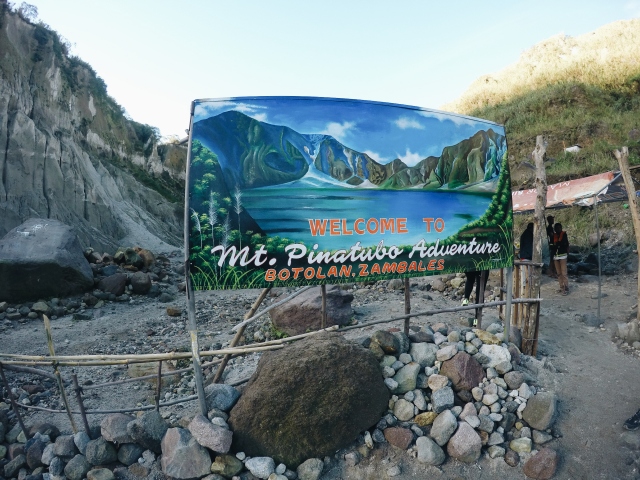 After several mins., i found a bathroom with water. Yehey!! I’ve been wanting to pee for the longest time, but I have to hold it or else, I’ll do it somewhere in the bush. 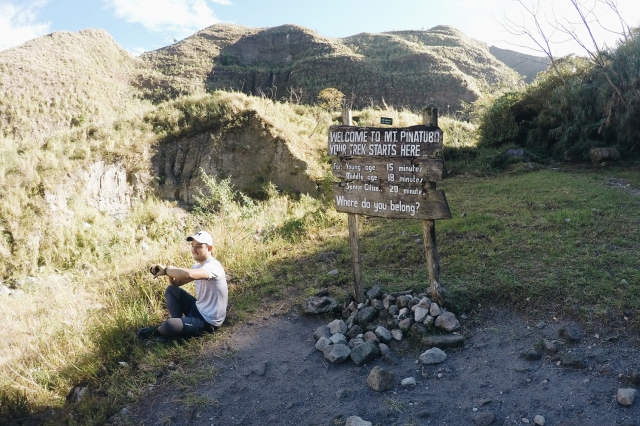 Where do you belong?

After several walks again, we found a banner stating that it’s 20 mins. more to the crater. I saw some locals doing their laundry by the stream, and didn’t mind the scorching heat. There were families of Aetas living in that part, so please if you happen to go here, bring some snacks or anything for the kids. I’m sure they will appreciate it. 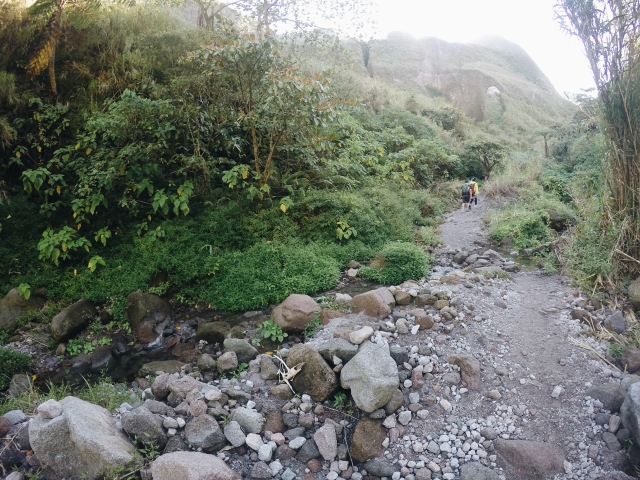 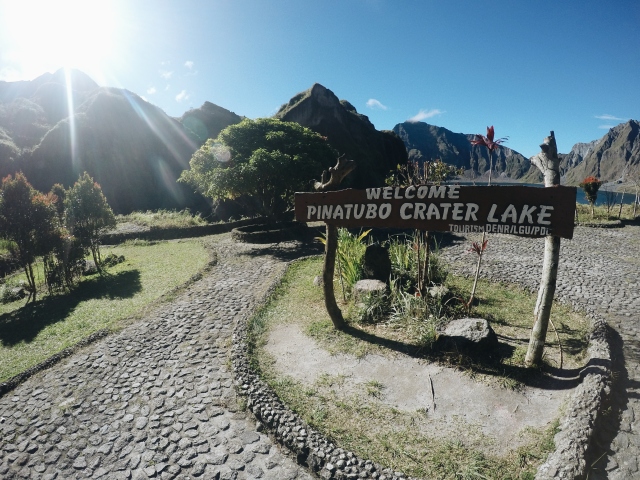 At last, we reach the peak. It was 9am and the view was rewarding. My trekking was worth every penny. 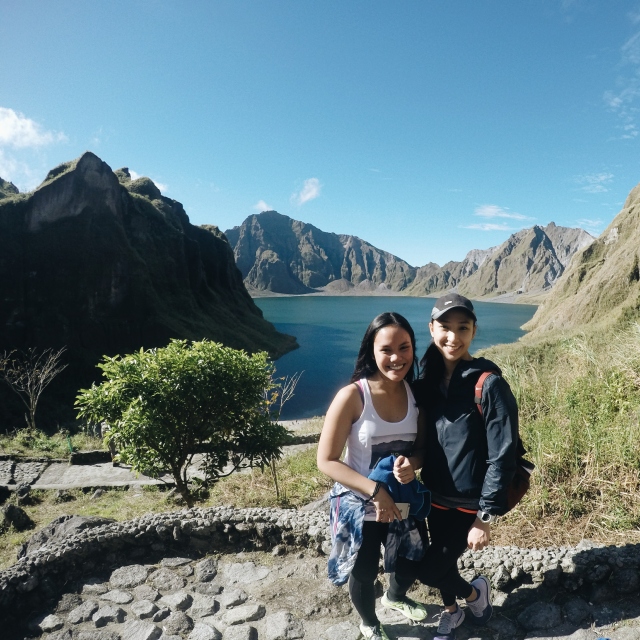 Happy, my hs batchmate & volleyball teammate during our varsity days 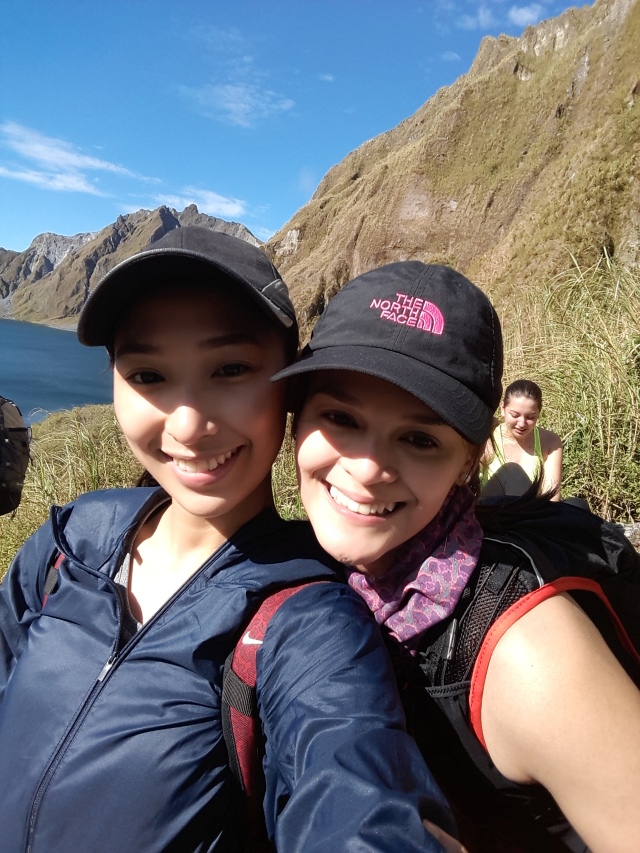 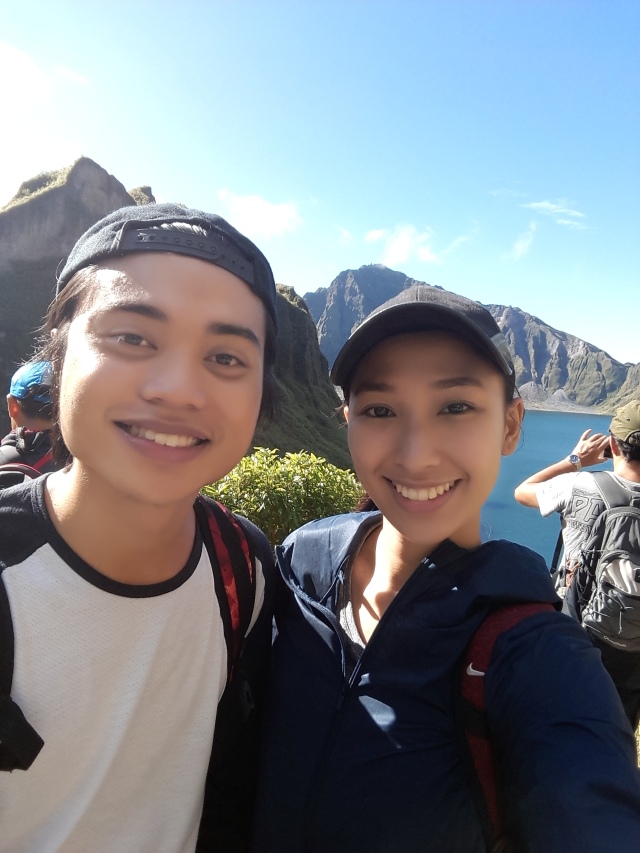 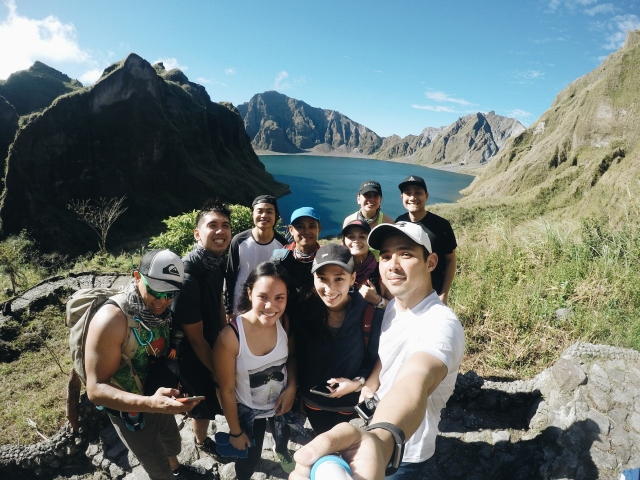 Thank you to these beautiful people for the wonderful time

We stayed for an hour and camp by the lake. I suggest that you bring your own food and drinks and load up on carbs. There’s a lone store there, but the prices of his goods are way too high. 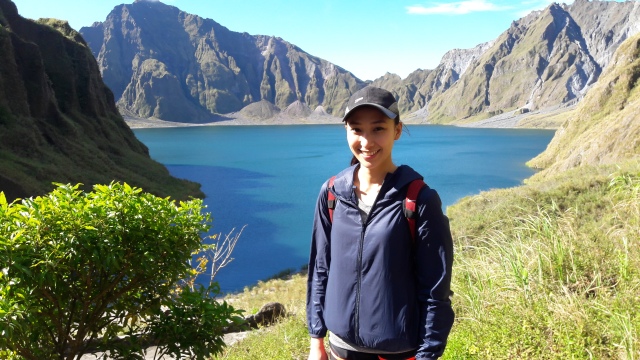 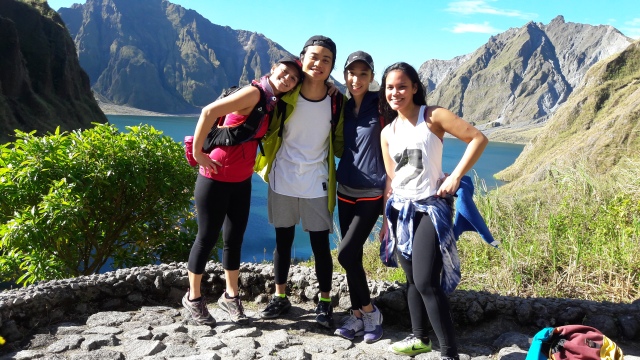 Before we went back, we made sure that we didn’t leave any trash. 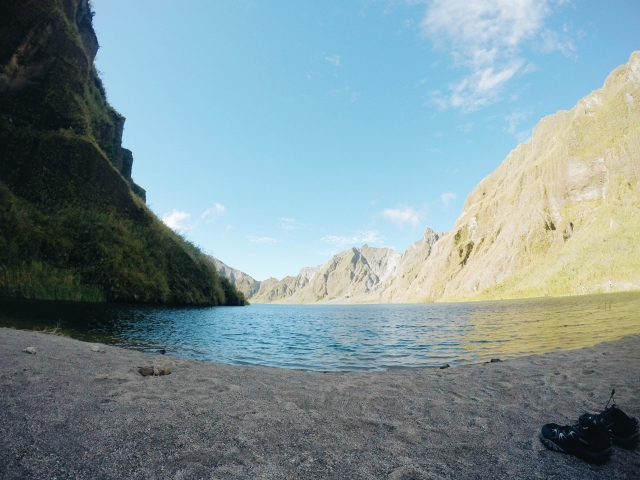 Leave nothing but footprints 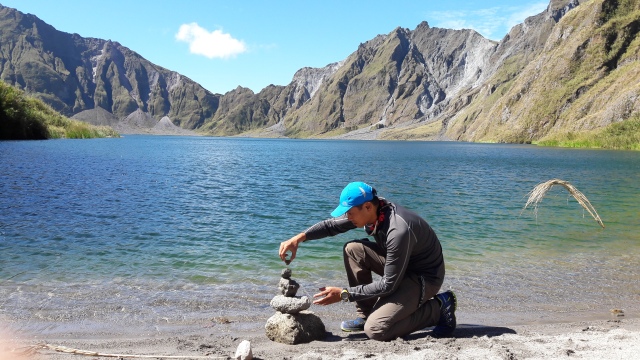 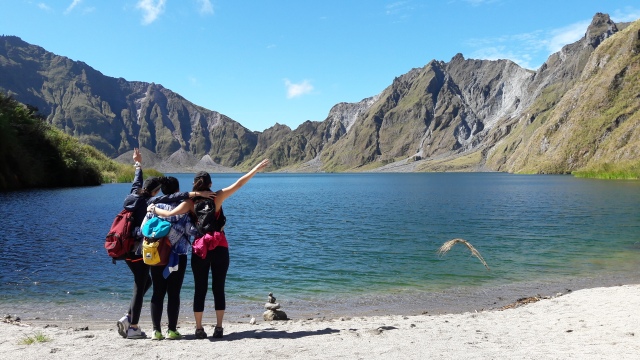 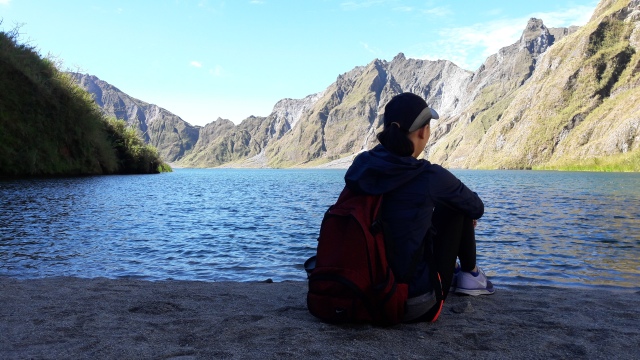 The expenses for this trip was PHP 3100 per head for a group of 10. It includes transfer rides from Manila to jump-off point and vice-versa, registration fee, environmental fee and 4×4 ride. Pack light and wear something comfy that can cover you from heat.

After our trek, we took a shower in one of the houses near the jump-off point, and paid 50 bucks. 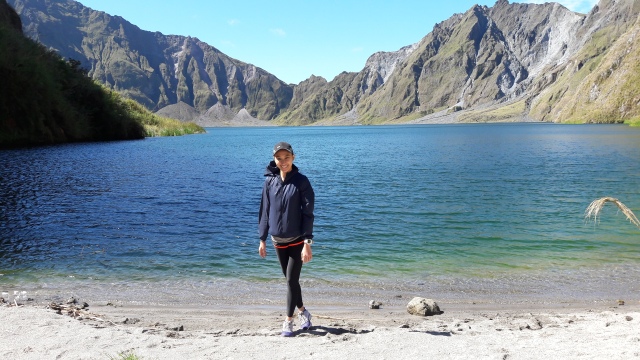 Since it was still early to go home, we had a side trip in Angeles, Pampanga, and ate at Funnside Ningnangan.

Follow Eat, Pray and Love Kind of Adventure on WordPress.com

A 20-something wanderer in search of eat, pray, and love kind of adventure. Currently enjoying the perks of a jump-seat traveler. Traveling mostly on a friendly budget with my lifetime travel buddy.